Colin Harrison, Henley’s very own Handyman, working with Payback, have now moved on to addressing the need for an upgrade and renewal project in the area around the pond and play towers in Riverlands.   This includes building a new jetty and observation area overlooking the pond, which will replace the old structure which was in danger of collapsing. His plans, see below, will also see the re-positioning and securing the picnic tables where parents can watch the little ones while enjoying a chat with friends and family. He will also move the gate to the toddlers play area, which presently presents a temptation for little ones to wander out towards the car park and pond, the gate will now be adjacent to the seating area described above. Children will then have to pass by parents when they exit the play area. Pathways will be made wheelchair accessible, and a bicycle rack is planned at the rear of the compound. Plans for various planters are also in hand dotted about the site to cheer everyone up as the weather improves. Big shout out to Colin and his team and Cllr Andrews and other JPC members involved in this worthwhile project. Finally, the JPC are also looking at plans for a much needed toilet facility in the area which ideally will be an eco-based composting design. Any ideas folks?

Other projects in town include refurbishment of the oak bus shelters on the High Street which will be quite dazzling when completed. 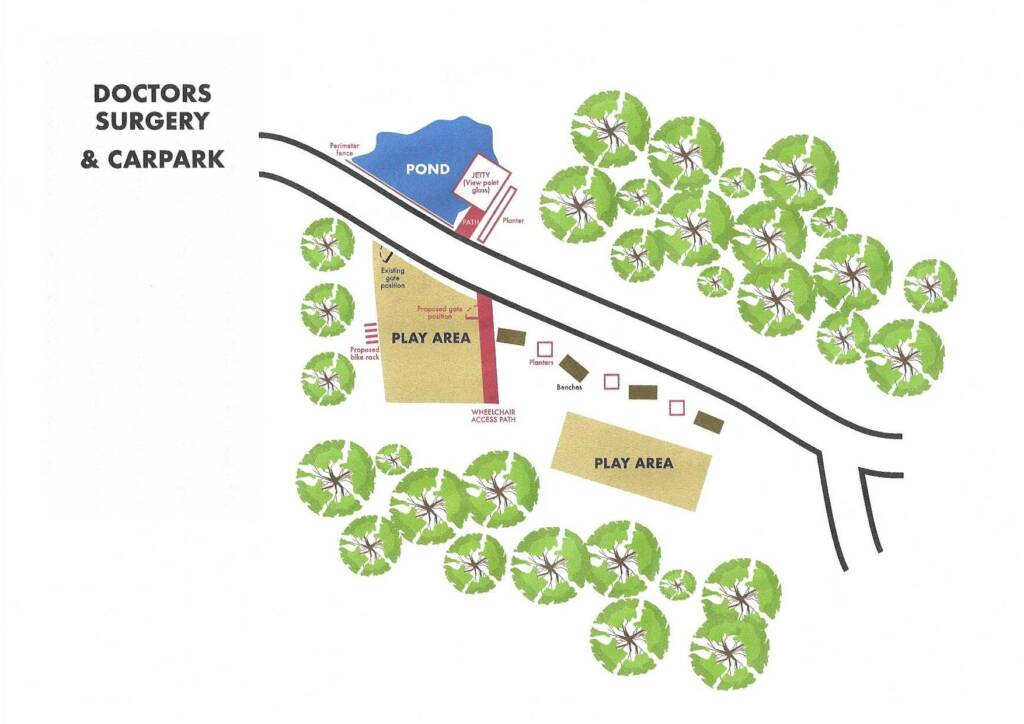