UPDATE ON EFFORTS BY OUR YOUNG PONDILIERS IN HENLEY 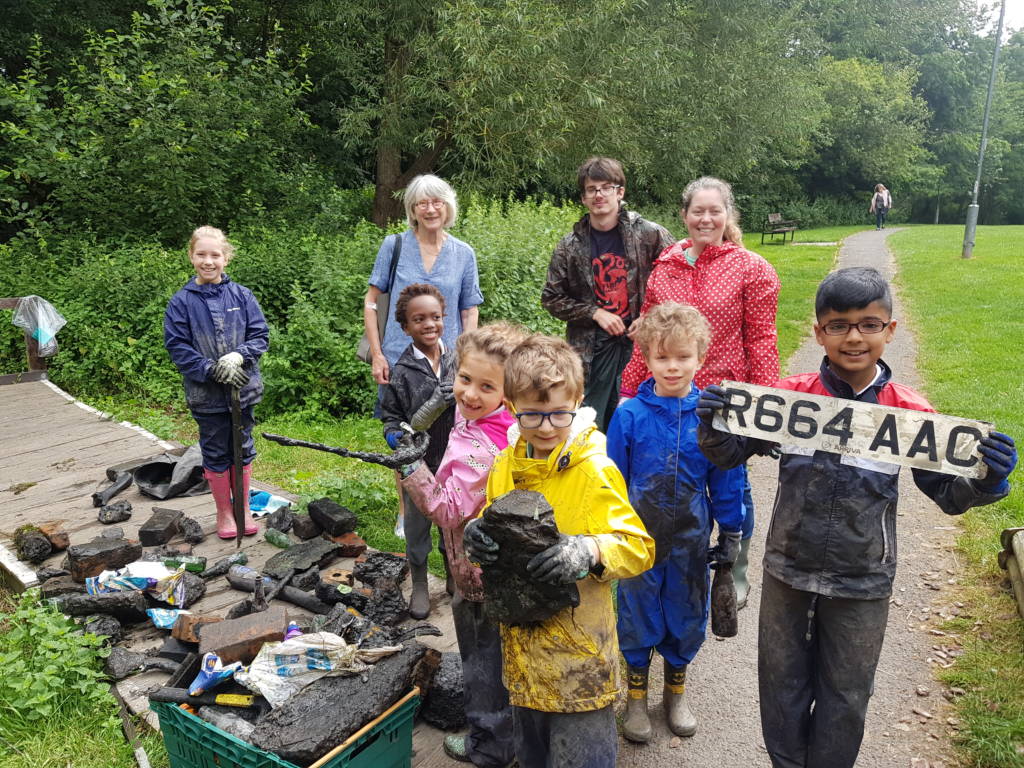 Our intrepid band of pond engineers are shown holding out some of the wide variety of non -biodegradable objects from the pond at the Medical Centre. This is the commendable behaviour by the  ‘pondiliers’ in keeping the feature healthy so it can support a whole lot of natural life, as detailed in the report following. This initiative by Head Teacher Helen Everley, Henley Montessori Primary School, has been rewarded modestly by the Henley & Beaudesert JPC by awarding the group a certificate, handed to them by Ray Evans before their summer break. This will conclude their hard work on this project for this year. 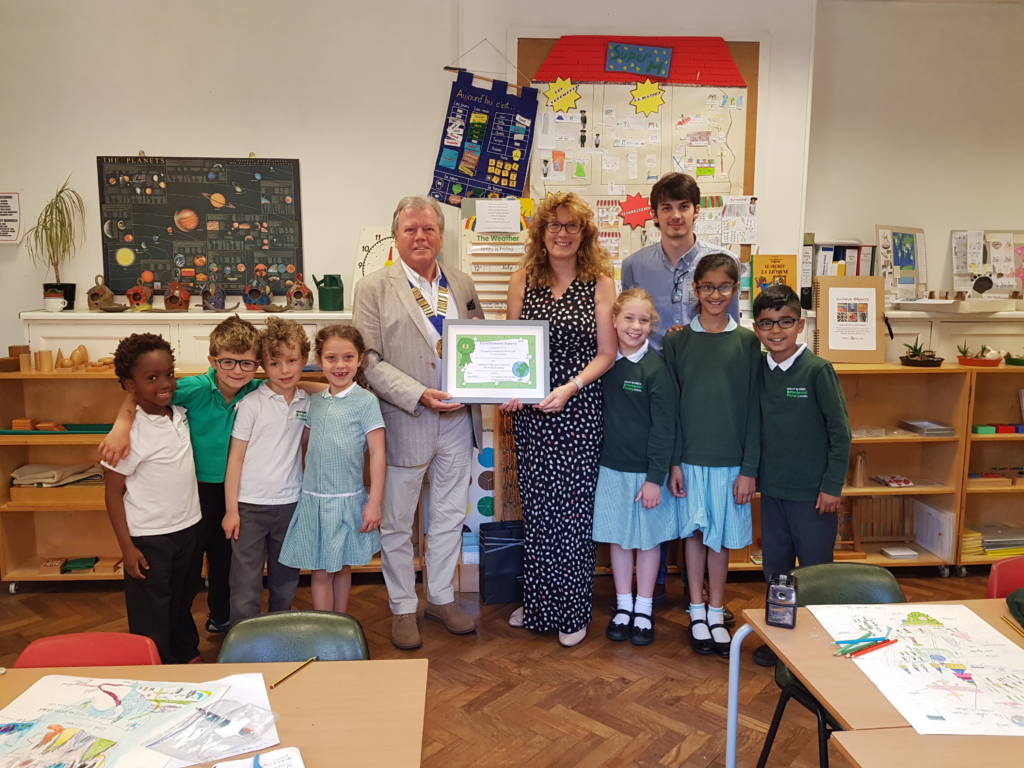 It goes without saying that such unsolicited effort from the Montessori Primary class of ’19, their teachers and helpers is a sign that our town is worth keeping intact. Our thanks go to them all!

Now the technical bit, authored by Tom and Helen:-

The school has now concluded our work on the pond for the year. Although we have made substantial progress to restoring the pond, it’s a long way from being in optimal condition.

The nature of the pond makes invasive management of the area difficult due to having at least one protected species (Great Crested and Smooth Newts) and reports of a second (Crayfish) although I have found no evidence of the second.

In the pond’s current state, it would need a yearly cut back of the surrounding vegetation to prevent succession (ideally in the autumn). Given the protected species and fragile nature of a pond ecosystem I would advise that any further work regarding removal of litter and landfill waste from the site be conducted with the aid of a consultancy or wildlife trust. They would need to have the minimum of a newt licence as if the need to drain the pond of water arose, the significantly sensitive life would need to be relocated at least on a temporary basis.

Species identified at this point

Less invertebrates were found than expected this presumably is a result of the succession process and the oxygen poor environment.

Around 30% of the waste removed from the pond consisted of many years’ worth of tree branches that have fallen in, although on a large-scale lake this is no big issue in a small wetland environment such as a pond this can significantly increase the rate of succession as the branches gather smaller bits of vegetation that dies and builds up increasingly over time. A small amount of debris is good as newts use this as well as the surrounding reeds to lay their eggs, although the branches used by newts often protrude above the water line, the debris removed was significantly buried under the surface of the water.

The other 70% consisted of the more concerning amounts of fly tipped waste and litter, this was all industrial waste from construction, most of this waste is designed to not break down and can contain harmful chemicals, we found evidence of plastics, hard rubble such as tarmac, concrete, bricks and treated woods. We also found various tools suggesting that the waste came from a tipped-up skip.

There is still a large amount of this waste in the deep parts of the pond as well as the more expected waste such as glass and plastic bottles we found in excess of 25 glass bottles, at least 10 plastic bottles and 10 cans. In such a small pond this is horrifying.

The school’s work has temporarily halted the process of succession within the pond although this will not last and without further management or alterations to the pond system the pond could revert to its previously bog like state.

On Tom’s conclusion: The JPC will investigate the possibility of irrigating the pond using rainwater piped from the roof of the Medical Centre, so that we do not end up with a smelly splodge in the park! Watch this space!