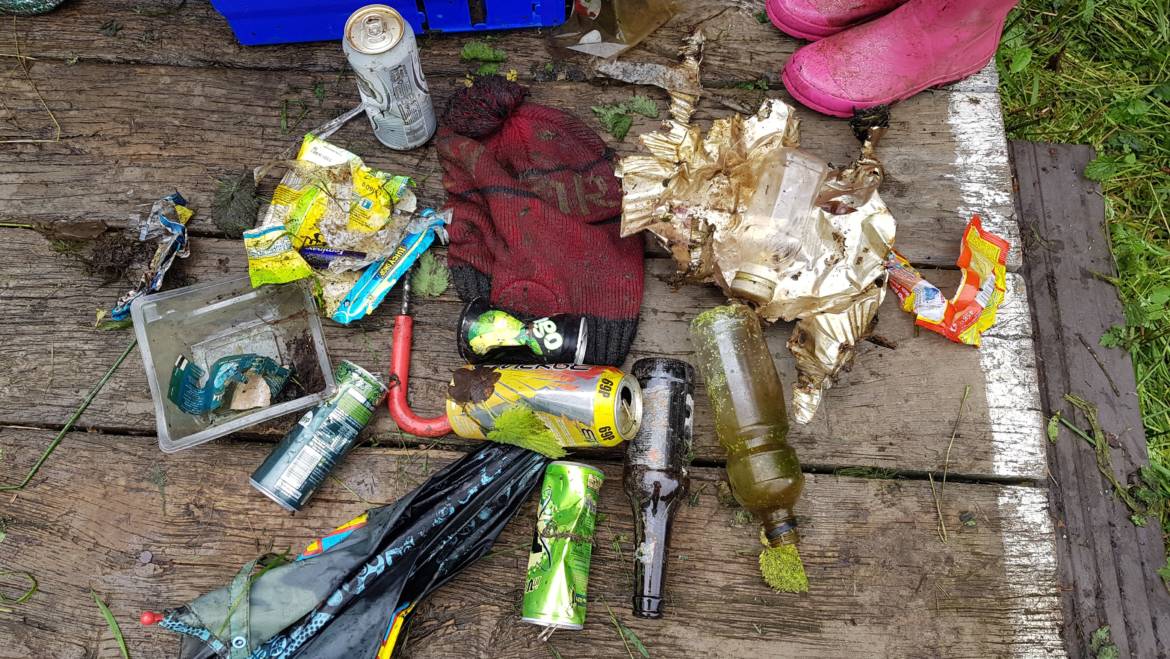 The JPC have received several requests from parishioners, concerning the state of the pond by our Medical Centre. We need not have been too concerned, as children from the Montessori school in Henley put their best wellies forward and, under supervision from Head Teacher, Helen Everley, carried out a comprehensive clean-up of the pond and its banking. The photographs adjoining, illustrate items which should not be inhabiting the pond, alongside of items that are most welcome!

A report from Helen follows:

‘After initial clean up the pond shows viable signs of recovery and an increase in biodiversity, we can confirm that newts are still present in the area, but their habitat was at serious risk. Due to the newts habitat being present certain measures to manage the pond have to be left to ensure no damage is done to them, as a result I would rather than leaving the pond for a long duration between management, it should be done more regularly to prevent succession while maintaining the habitat for threatened species. 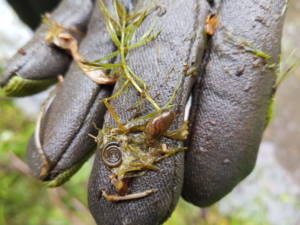 On the first day of a clean-up we have identified the presence of the following species:

We intend to compile a list of species found and which ones are more likely to be affected from litter/pollution.

I would recommend a small clean and vegetation reduction each autumn of each year.

The initial clean up within the pond showed that the pond is at a higher risk of succession than initially though the whole mass being intertwined with large branches and bricks.

There has also been a significant amount of litter for the size of the pond.

We are planning to return to the pond in the next few weeks depending on weather to finish the management.’

In recognition of our little helpers from the Merrydays Montessori School in Henley, who have brought the sad little pond back to life, the JPC are proud to present an Award Certificate to the school, as part of a new initiative to credit residents and groups in our community for outstanding care and attention to our local environment!

Helen Everley, Head Teacher,  and her young ponderliers made a second visit to the pond, she reports:

Just a quick update. We worked at the pond last Thursday and removed more concrete (we think someone has fly tipped). The good news is that there is plenty of wildlife a grass snake, a dragonfly nymph and plenty of newts. We planned to go today but weather stopped play, we will try on Friday. 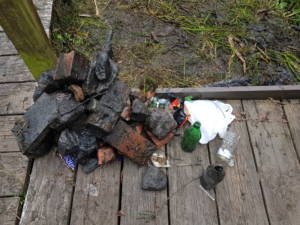 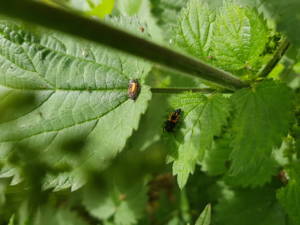 We wish the team well on this project and would ask that you stop and have a look as you pass to see the changes they have made.